We are working tirelessly to bring you the best free and open-source web-based service to organise your bookmarks and publications! Andreas Hotho is the Project lead of BibSonomy. He earned his Master`s Degree in information systems at the University of Braunschweig (Germany) in 1998. He worked from 1999 to 2004 at the Institute of Applied Informatics and Formal Description Methods (AIFB) at the University of Karlsruhe in the areas of text, data, and web mining, semantic web and information retrieval where he also received his PhD. Since 2009 he is professor for data science at the Julius-Maximilians-Universität Würzburg. His focus is on the combination of machine learning/data mining and semantic web, called semantic web mining, and especially on text clustering/classification with background knowledge. He was involved in organizing several Knowledge Discovery and Ontology Learning workshops in conjunction with the ECML/PKDD and KDD conferences. 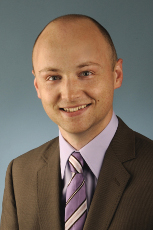 Robert Jäschke is the former head of our developer team and still active developer. His research focuses is on integration of algorithms for community detection, ranking and recommendations into folksonomy systems.

Gerd Stumme is Full Professor of Computer Science. He is leading the Hertie Chair on Knowledge and Data Engineering at the University of Kassel, and full member of the Research Center L3S. Gerd Stumme earned his PhD in 1997 at Darmstadt University of Technology, and his Habilitation at the Institute Institute of Applied Informatics and Formal Description Methods (AIFB) of the University of Karlsruhe in 2002. In 1999/2000 he was Visiting Professor at the University of Clermont-Ferrand, France, and Substitute Professor for Machine Learning and Knowledge Discovery at the University of Magdeburg in 2003. Gerd Stumme published over 80 articles at national and international conferences and in journals, and chaired several workshops and conferences. He is member in the Editorial Boards of the Intl. Journal on Data Warehousing and Mining and of the International Conference on Conceptual Structures, and was also member of several conference and workshop Program Committees. Gerd Stumme is leading and led several national and European projects.

Daniel Zoller is one of the senior developers of BibSonomy as well as a PhD candidate at the chair for data science of the Julius-Maximilians-Universität Würzburg. After his master’s degree in computer science from the University of Kassel in 2013, he started his PhD project. His research focuses on recommender systems and information retrieval. Further topics of his research interest include deep learning, machine learning in general and software engineering.

Tom Hanika is one of the senior developers of BibSonomy as well as a PostDoc at the research unit Knowledge & Data Engineering of the University of Kassel. His research is mainly focused on knowledge discovery in bipartite structures, in particular their relation to formal concept analysis, and the application of Algebra, Geometric Measure Theory, Topology and Logic, at the intersection of Knowledge Discovery, Machine Learning, and Reasoning. He is also senior developer and maintainer of the conexp-clj, a tool for Conceptual Data Analysis.

Mario Holtmueller is one of the senior developers von BibSonomy. He is also maintainer and developer for the related PUMA project.

Stephan Doerfel achieved his diploma degree in mathematics after studies in Dresden (Germany) and Lund (Sweden). He focussed on Algebraic Structures and Formal Concept Analysis. Since 2009 he is a Ph.D.-student at the Knowledge and Data Engineering Group in Kassel (Germany).

Björn-Elmar Macek studied Computer Science at the Technical University of Ilmenau with major focus on complexity theory, databases and data streams. After his graduation he got experienced in the field of industrial web development and consulting and the design and implementation of databases. From September 2009 until 2014 he was a PhD student at the Knowledge and Data Engineering team.

Dominik Benz obtained his Diploma in Computer Science with minor Psychology at the University of Freiburg, Germany in 2007. He was employed currently as a Ph.D. candidate in Computer Science at the University of Kassel, Germany, in the research unit Knowledge and Data Engineering. His main research interests lie in the area of collaborative knowledge management, ontology learning and collaborative tagging systems.

Beate Krause studied Information Systems (Wirtschaftsinformatik) at the Berufsakademie Stuttgart (BA) and at the Humboldt University of Berlin (M.Sc.).

The following students helped us in the past or at present in developing our application:

Click here to go back to beginner's area and learn more about the basic functions.

Click here to go back to beginner's area and learn more about the basic functions.